Would you rather run out of yarn or frog an entire project? 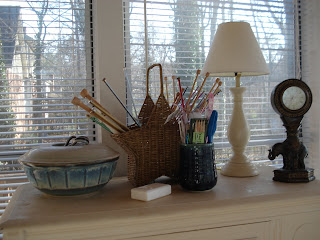 My daughter is fond of a game which asks players to choose between two perverse choices. For example, "Would You Rather have your grandmother's hair style or hair growing on the outside of your nose and ears?" Hmmm. . . . Neither choice is palatable, but you're supposed to choose anyway. This leads to the kind of meandering discussion my daughter enjoys. On the other hand, my son refuses to play and simply says, "Neither."

So I'm thinking about the choices knitters make.

Enjoy.
Posted by knitternall at 7:36 AM

Labels: Dunwoody, knitting, Would You Rather