Words that speak too loudly

I found this "newly coined" phrase:

daughter track n. A career path where a woman reduces her chances of advancement by working flextime or fewer hours to look after her elderly parents.

A Google search for something else entirely led me to wordspy, a web site "devoted to lexpionage, the sleuthing of new words and phrases. These aren't "stunt words" or "sniglets," but new terms that have appeared multiple times in newspapers, magazines, books, Web sites, and other recorded sources."

Okay, then. I could riff on "daughter track" for pages and pages, but I think utter disgust - and sadness - precludes any rational discourse.

It's interesting to see there are now words for life-as-we-know-it. For example, I've long been a resident of "nerddom," my children are "digital natives," I'm afraid I tend towards "videophilia" during the few moments each week when I don't have a thousand commitments, and I'm praying really hard that "eICU" doesn't become the norm in this country.

By the way, a search for the word "knit" resulted in "cuddle puddle," a highly entertaining image that linguistically doesn't really apply to knitting, but does suggest the feeling I get when I'm knitting with kindred spirits. 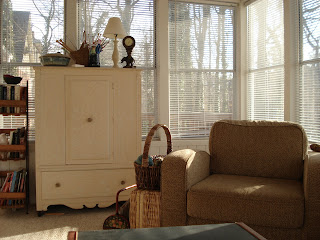 I'd like to propose a new phrase, one that captures the essence of my favorite knitting spot: